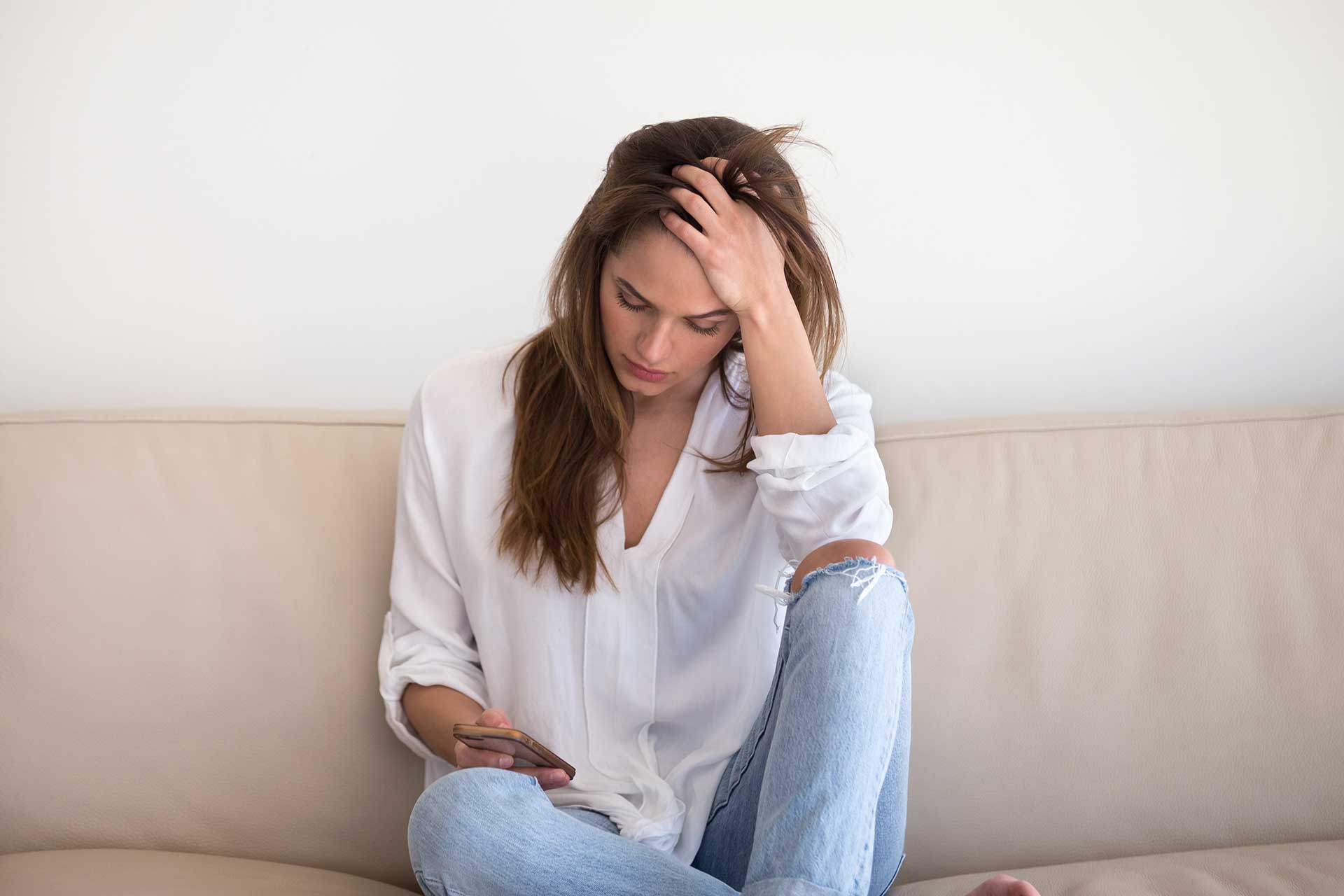 Doctors and scientists don’t completely understand what causes migraines to occur 100% of the time. Certain activities, emotions, and situations may act as triggers that unleash a migraine attack. Having to deal with intense pain is not enjoyable for sufferers, so it makes sense to ask why migraines happen. Are migraines hereditary? Can your genes cause you to have migraines?

Research dating back to 1995 from Charing Cross and Westminster Medical School indicates that having “first-degree” relatives with migraine will significantly increase migraine risk – raising it anywhere from 1.4 to nearly 4 times. This affected both aura- and non-aura migraines.

The researchers concluded that migraine with aura is likely determined principally by genetics.

On the other hand, migraine without aura may originate partly or largely from environmental factors.

The Link Between Your Genes and Migraines

The answer to whether you can inherit migraine problems from your parents or grandparents is unclear.

Substantial research points to a link between certain genetic traits and developing migraines. However, not everyone with these genes suffers from migraines, and there are numerous environmental triggers to take into account as well.

When one parent suffers from migraines, children have a 50% risk of also developing it. If both parents have recurring migraines, their kids have a 75% risk of suffering from migraines in the future.

In fact, over 80% of people who have migraines also have close family members who deal with the condition. This doesn’t mean that having problems with migraines is inevitable based on genetics, but it does prove that hereditary factors at least play a role.

This idea isn’t really surprising to doctors since many aspects of health have hereditary factors to consider. For Example, when your doctor asks whether you have any family members with kidney problems or high blood pressure, it’s because genes can increase your risk of developing related issues in the future.

These connections come down to DNA, which is the individual genetic code that determines your personal characteristics. From your eye color and height to how your body responds to specific stimuli – it’s all in your DNA.

What does this mean for researchers who are studying the possibility of hereditary migraines? While there is still much to be learned on the topic before doctors can learn exactly how migraine hereditary might work, uncovering more information about potential migraine genes is key.

Migraine research had long been limited by basic deficiencies in science’s knowledge of human genetics. In 2003, the human genome was mapped for the first time, significantly increasing the potential of genetics to explain, predict – and ultimately, perhaps prevent – migraine and more.

In 2005, research in the Journal of Clinical Neurology made surprising findings of migraine’s origin and prevalence. Up to 20 percent of the population experiences migraines: A landmark study in Korea indicated about 20 percent of males and 24 percent of females were sufferers.

Not only did research in the early 2000s begin to identify individual genetic markers that may be associated with migraine, but it demonstrated a significant role of non-shared genes in twins. Substantial differences in migraine prevalence across different countries were also noted.

In 2007, research from the Archives of Neurology took the previous lab work another step forward. Through additional studies using mice, as well as continuing investigation of genetic factors, a set of three genes were identified for familial hemiplegic migraine.

Familial hemiplegic migraine is one type of migraine known to run in families. It is classified as an “aura migraine,” since a visible halo or aura is usually perceived by sufferers before the onset of full symptoms. Temporary numbness or weakness also typically occurs on one side of the body.

Familial hemiplegic migraine is one of the most severe forms of migraine – and also one of the easiest to diagnose because of its unusual symptoms, some of which can be permanent. In the future, it might become possible to target and “turn off” the responsible genes.

More than a decade of work done since the Human Genome Project has substantially clarified the mysteries behind the common migraine. Genome-wide association studies will soon make it possible to rapidly investigate the genetic correlations of migraine across entire populations of people.

The development of such studies also allows for meta-analysis – that is, analyzing the results of large numbers of studies, which themselves analyze the health status of thousands or tens of thousands of patients. Through these methods, we know more about migraines than we ever have before.

2012 research in the Journal of Headache Pain continued to push toward effective identification of key factors involved in non-aura migraines and those with complicated, multi-gene factors. Multiple new gene factors were illuminated, many of which had never been suspected.

In August 2013, two major new studies appeared: One in the Journal of Head and Face Pain and another in Nature Genetics. Both studies continued to fill in the blanks on migraine, showing multiple new loci – a specific position on a chromosome – associated with migraine.

The Role of Environmental Triggers

It’s important to understand that your genes don’t trigger or cause any migraine attacks directly. If you’re having problems with migraines, there are always other factors involved.

Also, having a specific gene doesn’t mean that you or your children will 100% develop migraines. Instead, your genes affect the way your body responds to certain situations.

Put simply, some people are more likely to have a migraine when faced with things such as stress, sadness, tiredness, and dehydration.

Hereditary factors cause their bodies to react to specific triggers in a different way than most people.

For example, many non-sufferers can enjoy coffee or cola to their heart’s content, but for people prone to getting migraines, the same drinks may push them over the edge into an attack.

Causes of migraines are hard to predict and very personal. Even family members frequently have different migraine triggers.

For some people, not getting enough sleep or feeling stressed out brings on a migraine, whereas others may experience symptoms after sleeping too much or eating certain foods.

The Correct Way to Look at Genetic Predispositions for Migraines

If you have an increased risk of developing migraines because your parents or other relatives also have them, does that mean that there’s nothing you can do to prevent them or that relief is impossible? Absolutely not. Here are three things you need to keep in mind:

No one has a 100% risk of developing migraines: If you don’t currently have problems with migraines, don’t worry about it. Instead, enjoy life and do the things you love. Don’t let the fear of migraines get in the way of achieving your personal or professional goals.

When they repeatedly appear after eating certain foods or not getting enough sleep, try to change your habits for a few weeks to notice if it helps.

Great treatment has nothing to do with your genes: Genetic makeup doesn’t mean you’re destined to migraine pain. There are many effective treatments for migraines, regardless of what type of triggers or genes you have.

Hereditary factors can give you a clue as to why you developed migraines in the first place, but they don’t mean you’re stuck without options. There are tons of ways to find relief, especially with migraine professionals by your side.

Science has proven conclusively that many forms of migraine arise due to genetic factors.

That said, the environment and overall health also play roles. Underlying health conditions can cause many types of severe headaches, including non-aura migraines.

These conditions might go unnoticed for months or years, worsening headache pain.

At the National Headache Institute, treatment always begins with a thorough and comprehensive diagnosis using the latest diagnostic technology.  Each of our patients receives a customized plan of care after a careful assessment. Schedule a consultation at one of our three headache clinic locations in Houston, Miami or New Jersey today!