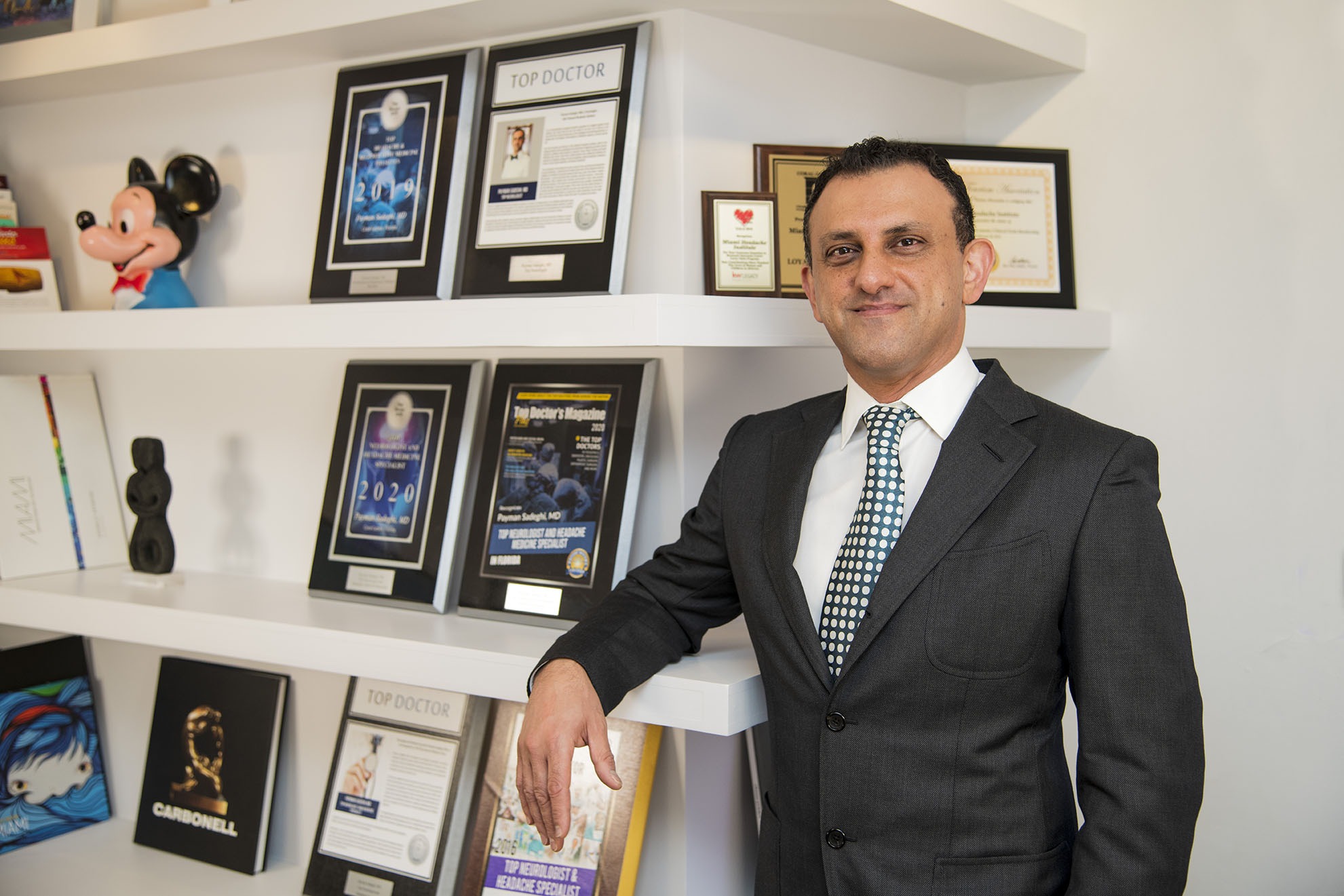 When Dr. Payman Sadeghi, MD opened his first Headache Institute in Houston, TX, he implemented a very definitive philosophy about how he would treat all of his patients: he would be compassionate about their individual medical situations, sensitive to the root causes of their problems and very case-specific about the treatments to be administered to each individual.

As an internationally recognized headache specialist, Dr. Sadeghi regularly treats patients who travel from all over the world to see him. He is known as the end-of-the-line consult among many of his colleagues and referring physicians, including other neurologists, neurosurgeons, orthopedic surgeons, and pain specialists. Often his patients tell him, “My doctor sent me here and told me if there is anybody who can help me, it’s Dr. Sadeghi.” 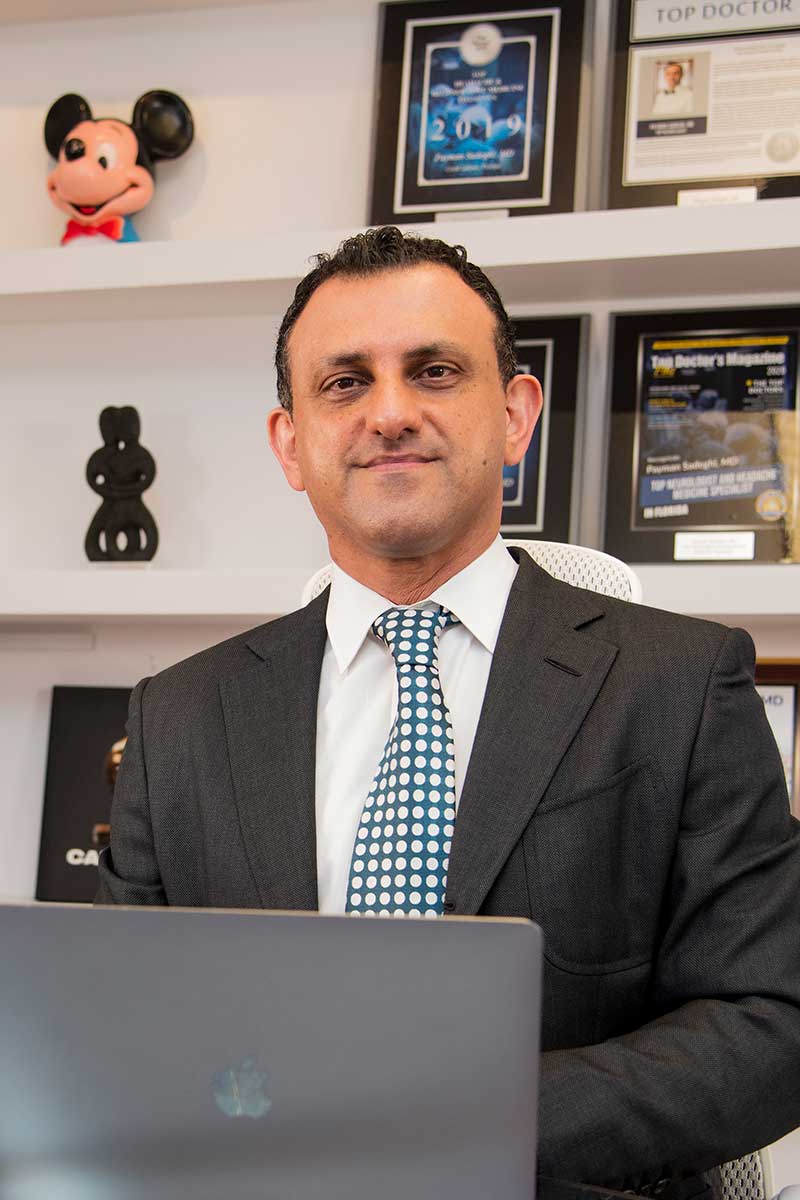 “The people who come to us have tried everything,” he says. “I understand what you’re going through. We will listen to you and will find your problem and come up with a solution for you. It’s not the protocol or standard of care that’s out there. It’s customized and tailored to you. We’ve had great success with it.”

The philosophy has served Dr. Sadeghi well as he has expanded his Headache Institutes from Houston to South Florida. More than 15,000 patients have visited the Institutes for treatment. Many of these patients have been discharged because their pain syndrome has been cured.

“I am constantly on the lookout for and in search of new and improved treatments for pain syndromes,” Dr. Sadeghi says. “I understand and I believe that most of the treatments that are available are inefficient and poorly planned with many, many side effects. Surgical interventions – such as neck, back, knee, shoulder, and other surgeries – have many complications. Pain is almost never resolved, and function is never fully restored with these procedures. This doesn’t even include the many possible complications over the following 1-3 years post-surgery. This is why I love bio-cellular therapy. It is a totally natural treatment in which we use your own cells to heal you. From your body to your body. No side effects, no long-term or daily medications, and no surgical or other interventions. What is better than that?”

Dr. Sadeghi’s progression toward his specialization in headache and pain treatments started when he earned a degree in Biochemistry from the University of Ottawa in Canada. Thereafter, he elected to move in the direction of tropical medicine, a decision that took him to the Dominican Republic, where he earned his Medical Degree at Nordestana University in San Francisco de Macoris. He returned to Canada to complete his clinical rotation at the University of Montreal and McGill University.

A residency in Neurology at the University of Texas medical branch in Galveston inspired his growing interest in pain and headache diagnosis and treatments. In 2005, he completed his residency and became an Assistant Professor at the university. In 2005 and beyond, he completed an electromyography super fellowship, as well as many epilepsy and neuroimaging mini-fellowships.

Fluent in English, French, Spanish and Persian, he served as a clinical assistant professor at the University of Texas Medical Branch prior to joining the Memorial City Neurology and forming the Houston Headache Institute.

In 2013, he expanded the Houston Headache Institute by establishing a clinic in Miami, FL. In 2016, he was honored as Top Doctor in both Florida and Texas.

Fill out the form and we’ll contact you to schedule your first appointment.